In Memoriam, arranged for full orchestra.

Following the publication of typeset editions of the Requiem and the Cello Concerto, we are pleased to announce that we have completed the typesetting of In Memoriam, for orchestra.

In Memoriam is best knows as the second movement of the suite for Brass band, Royal Parks, written in memory of the Royal Greenjackets Bandsmen killed by a bomb on 20th July 1982 in Regent's Park. Lloyd had originally conceived the movement as an orchestral work, but he used the main theme for Royal Parks before completing the full orchestral score, which he did about a year before he died. The work is a slow and sombre but beautifully expressive tribute to fellow band musicians.

In Memoriam is also available in an arrangement for smaller orchetra by Peter Fender.
Score and parts available from the George Lloyd Music Library 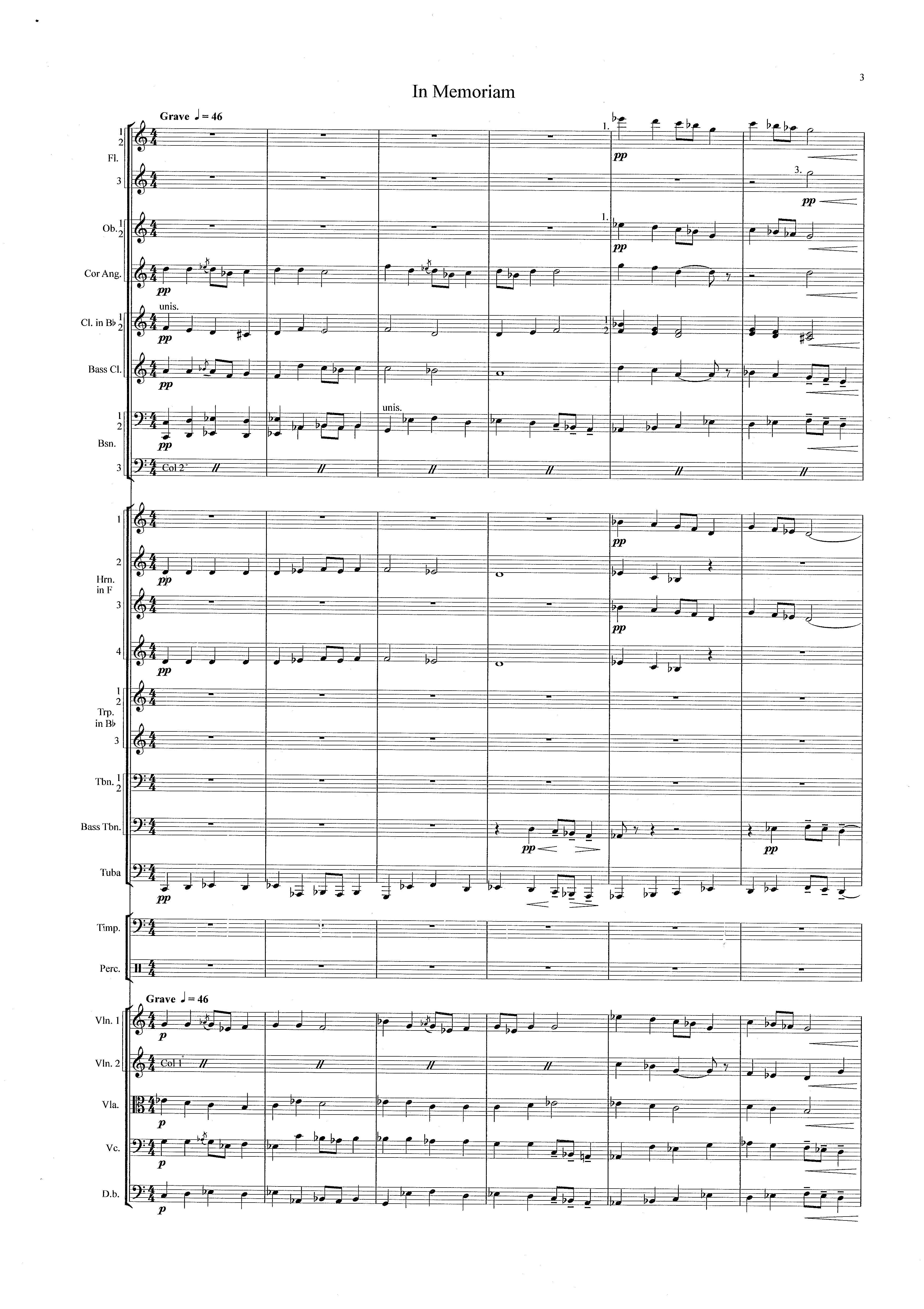