The Origins of the Music Library and Archive

I began working as George Lloyd’s business manager and executive producer in 1988, after he was appointed principal guest conductor and music advisor to the Albany Symphony Orchestra in New York State. The orchestra had commissioned his 11th Symphony, and Albany Records (US) issued their recording of the work. Together with George, my wife Alison and I formed Albany Records (UK) to work with them. Following the success of George’s recordings released on vinyl LP by the Lyrita and Conifer labels, we were early adopters of digital recording and CD manufacture, and our new venture had a flying start. The magazine reviews were tremendous, the record dealers ordered often, and the broadcasters paid handsome royalties. This healthy financial benefit came about partly because George was very wary of signing up with a mainstream publisher who would have simply photocopied his manuscripts, then collected 50% of his broadcast and performance royalties. By keeping 100% of those royalties, we were able to finance two recordings a year, employing the country’s finest orchestras without the aid of private sponsorship or public grants.  Once the recording company was up and running, we established our own UK and international distribution operation and, as George became busier with commissions and recording projects, we took over the publishing and distribution of printed copies, from our home in the North of England. 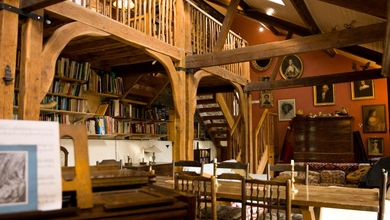 When George Lloyd died in July 1998, Alison and I became curators of his musical estate and were suddenly responsible for his manuscripts and sketches, as well as master copies of tapes and scores, and back-up copies of everything, including the extensive biographical archive.  Our business operated from the cellar of our semi-detached cottage near Lancaster, together with a small (and slightly damp) office and warehouse in the next village. These were clearly inadequate to house all the archive material, not least the publishing masters and recording master tapes, which required temperature and humidity-controlled conditions.

We looked around for new premises and found a run-down 18th century farmhouse up in the hills near Kendal. It had several derelict buildings, an unsurfaced access track, ancient electrics and plumbing, creaking floorboards, and lath and plaster interior walls, but it was exactly what we needed. After selling our own house and George and Nancy’s 2nd-floor flat in Marylebone, we were able to buy the farmhouse and convert the old cowsheds into a purpose-built music library, warehouse, and packing room. We installed George’s piano in a large room which we could use for occasional concerts and refurbished the adjoining cottage as accommodation for visitors and guests. We worked out of another minuscule underground office, into which we squeezed two desks and a filing cabinet and, for the next 14 years, the orders were processed and packed on our dining table. At least we were up and running, and the George Lloyd Music Library and Archive was established.

In 2013, the centenary of George’s birth, The British Library purchased all George’s manuscripts, and his music had more broadcasts (and royalties) than we had seen in the previous 10 years combined, including a piece played at the Last Night of The Proms. With the sudden accumulation of funds, we converted more outbuildings to create a new and spacious office and stockroom, a recording studio with live room and control room, and installed a fibre-optic Internet connection. The CD stock was moved out of steel shipping containers in the yard into the warm and dry, and I suddenly had a desk almost as big as the old underground office, with a packing table the size of a small car.

What do we do?

Our day-to-day work falls into three main categories:  recordings, publishing, and the biographical archive, which involve sales and marketing, concert promotion, encouraging broadcasts and overseeing copyright agreements, while also keeping the many supporters of the George Lloyd Society up to date with our activities. 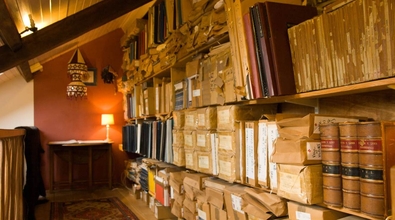 The Music Library - Composer's copies, scores and orchestral material for hire and sale.

Thanks in part to George Lloyd’s uncompromising independence and his suspicions about the mainstream music-publishers who place the composer at the end of the queue, he retained 100% control of the income generated by his orchestral and chamber work. This has been essential to our survival, but it has also entailed 100% responsibility for the management and administration of the material.  Contracts with musicians, record companies, distributors and concert promoters must be negotiated and monitored, trade and retail orders must be processed, CDs stock must be produced, downloads and streaming must be organised.

Sheet music production is a significant part of our work - full scores, study scores and piano reductions, full orchestral sets, vocal scores, and solo parts. With the arrival of digital printing, the master copies, from which all sale and hire copies are made, have been scanned and collated so that a new item can be produced to order, in house, from the desktop.  The hard-copy masters are maintained as safety copies, and the entire library must be maintained in good order, each page correctly numbered and aligned, with covers and flyleaf, both as paper copies and as individual computer files.  Hard copies are printed, bound and shelved, and electronic copies are compiled and made available for download or sent by email.

A large symphony might have 400 pages in the full score, with another 400 in the smaller format study score, and 300 pages in the ensemble set, which usually requires multiple parts for the string section.  The choral works have another few hundred pages for a vocal score, and the three operas have a full score for each of three acts in each opera. I have never counted the total number of pages in the catalogue, but George Lloyd’s output included 3 operas, 12 symphonies, 7 concertos, 3 choral works and several chamber works, and I would estimate a total of about 30,000 paper pages of originals, with the same again in the form of library copies, making 60,000 pages in total to be maintained in the correct order. We are in the process of ‘engraving‘ (i.e. typesetting)  the music using Sibelius notation software, starting with the symphonies. When complete, this will increase the current 60,000 computer files by about a further 15,000.

The biographical archive comprises a dozen trunks full of correspondence, photographs, press cuttings and reviews, together with a few artefacts. The Emma Hamilton / John Betts violin probably takes pride of place, together with George’s Erard piano, two Cremona violins, conductor’s batons, and even the pens and inks which he used for composing.  Perhaps the most curious item is a single shoe, worn by the leading lady of his opera ‘Iernin’, from which, according to George’s diary, she and George drank champagne…! 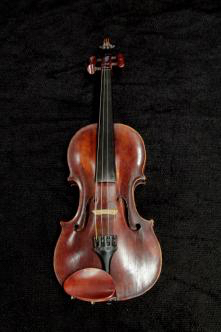 George never threw anything away, so the correspondence archive goes back to his schooldays and includes letters to and from various notables such as Henry Wood, John Ireland and Rutland Boughton.  With help from a researcher, under the auspices of The George Lloyd Society, we are slowly cataloguing and indexing each item in the archive, with a timeline which will form the basis of a comprehensive biography.

The George Lloyd Society exists to raise awareness of George’s life, ideas and music. It does this by distributing occasional newsletters and by maintaining an informative website, so that much of the music and archival material is available on-line to the widest possible public. By promoting the music, we hope to increase the number of live performances and broadcasts, since these currently provide the main source of income for the George Lloyd Society.

The various collections and research materials are available to academics, performers, concert programmers and other music professionals, including any members of the general public who are interested in the life and work of George Lloyd. We welcome visitors to the archive, which is located a few miles from Kendal on the edge of the English Lake District. 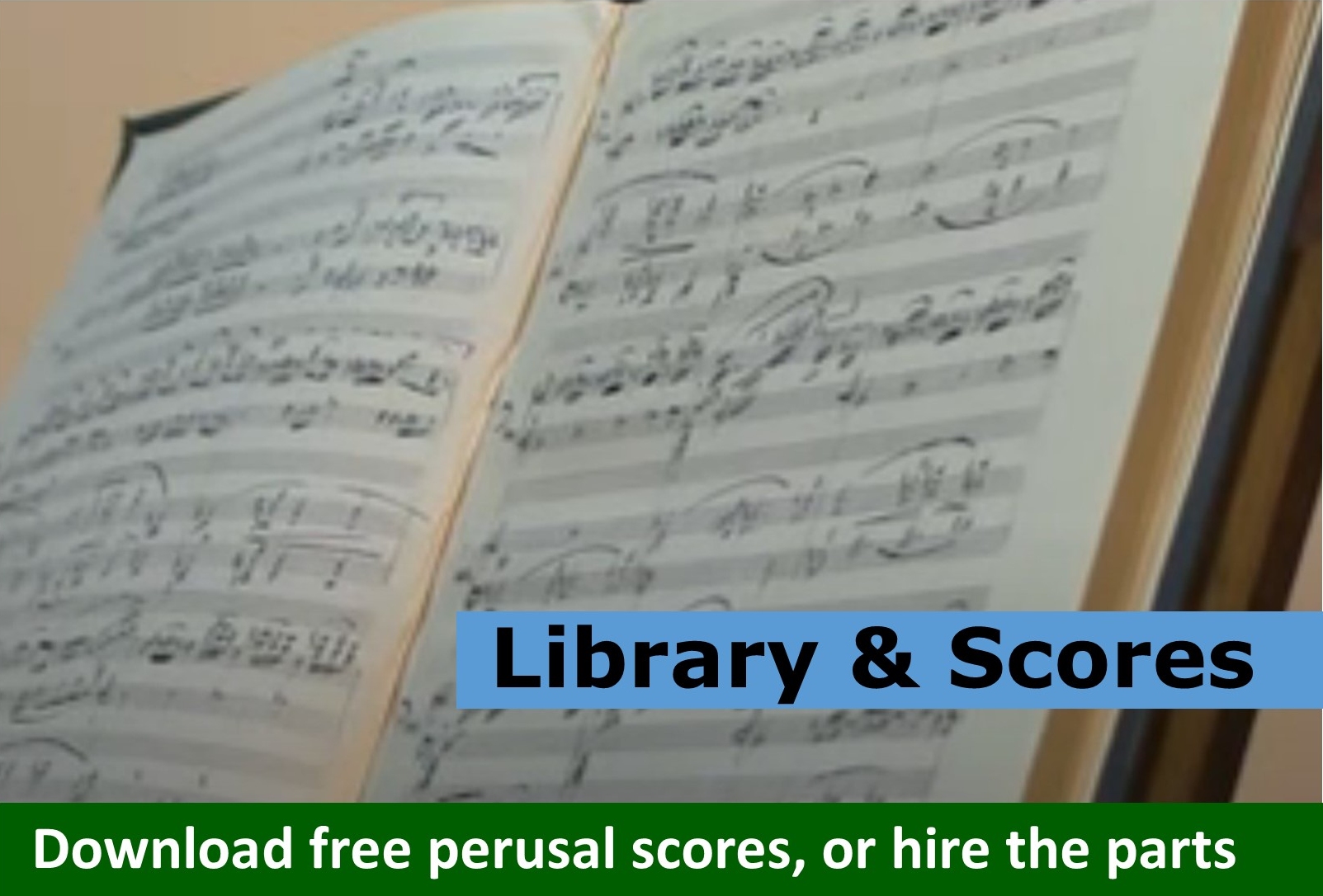