A Trustee of Chetham's, a founder physician of the Manchester Infirmary,
a Jacobin barrister and an anti-slavery campaigner

Composer George Lloyd identified as a Celt, as indeed he was. His maternal grandmother Annie Dwyer was Irish and his paternal grandmother FrancesPowell was American with part Welsh, and part Polish ancestry. The male line of Lloyds was an ancient Welsh family, which took great pride in their thousand year Welsh genealogy. They left Wales in the 17th Century and established themselves in Manchester, where they became prominent radicals, reformers and activists. 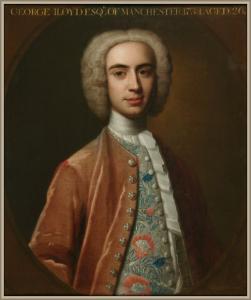 Back
Powered by jDownloads